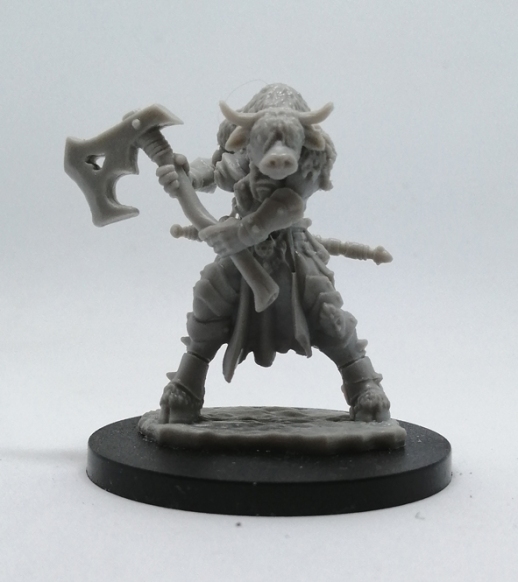 From time to time, you just need a humanoid bovine with a great axe, right? We thought so, too…

This week’s minotaur is from a group within the Bones IV KS that’s supposed to be female travelers/ inn patrons encountering Sophie, Reaper’s “signature succubus”.
I really like the design, especially considering the fact that this minotaur is supposed to be female and still in a hunched-over fighter’s pose that even hides most of the chest area. She’s not overly delicate or curved (we are still talking bovine, after all!) and with the background of Minotaurs having a human body, I’m completely untroubled by human-posed and -numbered breasts in this mini 😀
I also dig that it’s possible to discern a certain breed of cattle (Highland Catttle or similar), if so inclined – I think that gives the mini extra character.

I decided to paint yet another Viking: 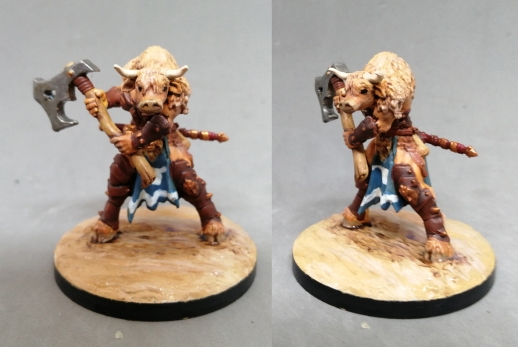 Since Dirk had planned to paint his mini as a proper, red-orange Highland Minotaur clad in Sutherland Tartan (which he unfortunately didn’t have the time for after all) I opted for a Viking warrior (my favorite kind of barbarian) and decided to paint the fur more in a “blond” way, but stil based on orange. At first, the color was way too bright and a bit artificial looking, but with a couple of pale drybrush layers it looks better now.
I chose blue for the loincloth and copper and brown for the armour and ornaments, and gave her a beach base where she is undoubtedly just about to attack som coastal village.
The loincloth needs a little bit more attention but other than that I’m pleased how this mini turned out!

Michael nearly didn’t get to paint his minotaur! 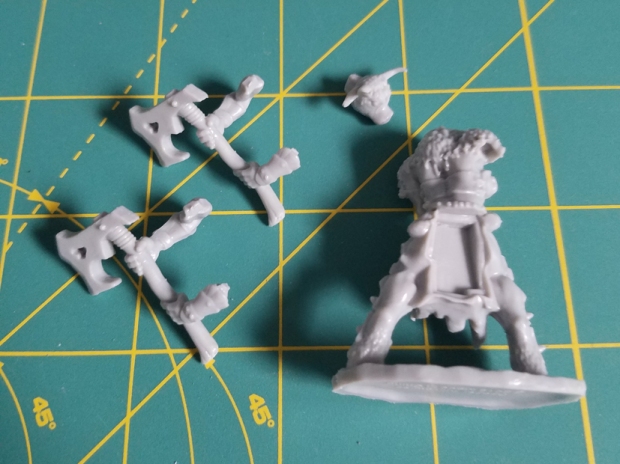 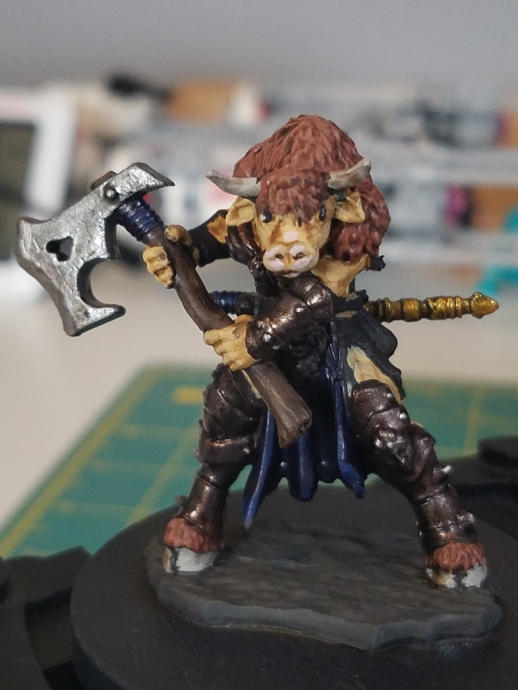 As the first package didn’t contain all the parts (but some extras) he had to wait for Reaper help to send an replacement, which they obviously managed to do in time!
He wrote: “Reaper Customer Service did come through for me, but I didn’t quite have time to finish up the Minotaur. I still have some details and base work to do on this, but here’s the general impression of it. I probably should have started painting the pieces I did have before assembling – painting around the axe was a huge pain!

Reaper did send me a complete replacement, so I’m constructing a four-armed monstrosity with the old one. It’s going to take some green stuff to complete, but hopefully I can send that one in next time we do a free project week.”

First of all- yay to four-armed monstrosities! You can never have enough of those 😀 Looking forward to seeing it!
Second – I like the color scheme you chose, the contrast between fur and “hair” and between fur and armour work well. I somehow get a “rogueish” impression here, which would be a fun way to use a minotaur – do you already have plans where to put this mini to use? 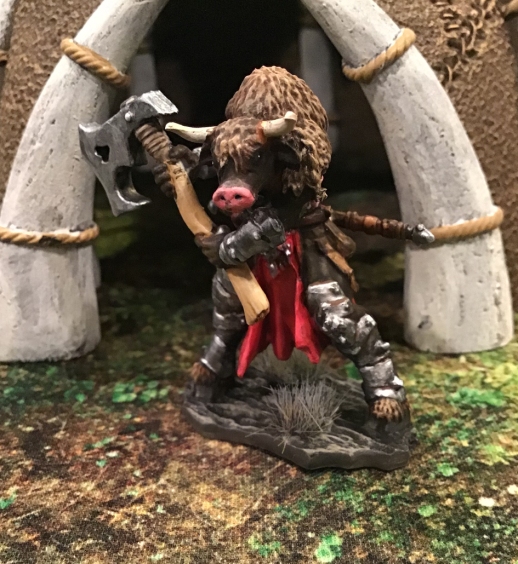 Here the body has a darker color than the long fur, and the lighter red and silver of the armour again make a great contrast. Using different color values/levels of brightness can bring extra depth in a color scheme, something I also plan in exploring further!

Jim went for a different breed! 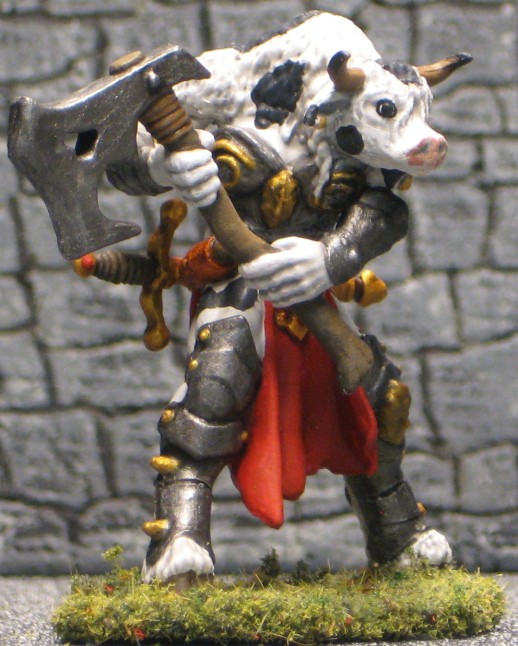 He wrote: “I made a crude attempt at a Holstein Minotaur this time around. She’s kind of a pleasant looking dairy cow instead of a fire-snorting bull! At first I thought I wasn’t going to like the end result but by the time I was done, I had grown to like the paint scheme. With all the cold black and white, it seemed an obvious choice to throw in some red to liven things up.”

Living in the eponymic region of the breed, ie Schleswig Holstein in northern Germany I of course approve of your choice! And even if I didn’t live there ‘d still love the idea because I think there should be way more patterned and speckled variations of everything furred especially with pets and livestock. And as I said above, I think painting a certain breed or markings always adds character!

Thank you, everybody, here is this week’s gallery: 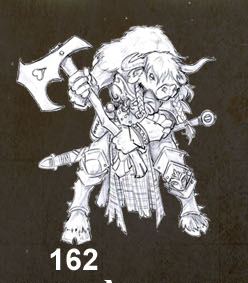 Want to participate in the next post? Email the pictures of your minis until Friday 02/28/20 to