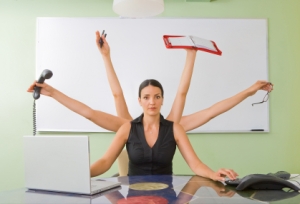 Last year there was a study that concluded various smart devices in your life allow you to multi-task and make the most of your time to such an extent that they save 20 days of your life. But what do people do with all that extra time?

If I had to guess I would say Facebook and watch cat videos on the internet, but at least a few people use all that extra time to create wonderful content.

Some of my favorites include:

All of these performances require at least two things: talent and time. How do the people that occupy my spare moments on the internet get compensated for all the joy they bring to my life? Traditionally I would say ad revenue and merchandising, but fortunately now that we live in the future, there are other ways.

Once upon a time artists had patrons, and these patrons, be they nobles, wealthy merchants, or members of the church would sponsor artists and commission works of art. This wasn’t entirely charitable of course. I imagine that being the patron of a promising artist in the renaissance had almost the same level of prestige as, say – owning the latest iPhone.

Now days we have crowdfunding, but Kickstarter and Indiegogo aren’t a catch all when it comes to supporting what you love. They work great for they do, supporting big, well defined projects, but what if you don’t want so-and-so’s album/book/game, you just want to see them create and prosper.

It seems there is a new crowdfunding site that can handle this role admirably: Patreon. This site lets you donate regularly on a per product basis. Say you love Epic Rap Battles of History as much as I do – you can donate a dollar to NicePeter and crew every time they launch a new episode. You could donate $5 dollars every time your favorite artist releases a new comic book, ect.

Now unfortunately Epic Rap Battles has yet to open an account on this service, but if they do, they are getting a dollar from. For sure.

I see this site coming in handy for what will surely be the next wave of nostalgia funding: relaunching canceled shows. Say someone got it into their heads to relaunch Firefly for instance, I have no doubt there would be a line around the block wanting to pledge $10 an episode to see it produced. If this existed 10 years ago, I suspect that neither Firefly or Farscape would have died sudden and unexpected deaths at the hands of their producers, but such is life.

Well – what do the rest of you think? Would you provide patronage to your favorite artists to fight the battle against the advertisements that have taken over every imaginable media venue?