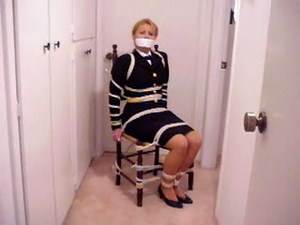 One of my favorite things about the internet is how you can come across a whole new topic. One where you did not even suspect its existence until you found it. Its happened before, and I hope that it keeps happening; this weeks discovery – was thanks to Mr. Greg Stolze and his project on Kickstarter.

I stumbled on to How to Make a Book Safe the other day while perusing the latest projects to surface. I noticed two things immediately: that he was only asking for $530 projects, and that he has created 23 projects to date. Both of these seemed odd, so I decided to dig a little deeper and found that the majority of his project offerings, 19 of which have been successful to date, are of similar low dollar amounts, with just a couple one to two thousand dollar RPG products thrown in for variety.

I had no idea what to make of this, so I asked him; if you’re interested, then feel free to follow along after the fold.

Greg responded by introducing me to “the ransom model,” which of course I had to go look up immediately. Though Wikipedia called it the Threshold pledge system or Street Performer protocol, it had a pretty good answer, as it always does, telling me:

Under the SPP, the artist announces that when a certain amount of money is received in escrow, the artist will release a work (book, music, software, etc.) into the public domain or under a free content license. Interested donors make their donations to a publisher, who contracts with the artist for the work’s creation and keeps the donations in escrow, identified by their donors, until the work is released. If the artist releases the work on time, the artist receives payment from the escrow fund. If not, the publisher repays the donors, possibly with interest. As detailed above, contributions may also be refunded if the threshold is not reached within a reasonable expiring date. The assessed threshold also includes a fee which compensates the publisher for costs and assumption of risks.

It goes on to talk about how Kickstarter itself is this model, which I suppose is true. But I find Mr. Stolze’s version of it to be far more compelling. He isn’t trying to fund a book on Kickstarter which he will then sell again, as many people (myself included) are doing. He is trying to sell a book via Kickstarter and then accept that it is free forever after. His description about the whole process was pretty apt:

I initially tried this, long before KS, because I wanted a way to make PDF piracy into a benefit instead of a problem. I figured out how much money I’d probably make from publishing an article in a magazine, and said that if I got that I’d release the content to everyone, and they could share the files around to their hearts’ content. (The other option was to build a Web store with some kind of DRM, which sounded like building a castle to defend a single cupcake.) When people turned out to hate DRM with the white-hot passion of a thousand suns, I looked brilliant when, in fact, I was largely motivated by laziness.

So, anyone else heard of this before? What do you think – blimp on the radar, or wave of the future?

4 thoughts on “The Ransom Model”