Yesterday I talked about one of those things you would probably never find if you weren’t looking for it. I also talked about publishing. While I don’t generally like to talk about related things two days in a row like this, I discovered something last night that just cannot wait: a shadowy criminal organization that thrives on ink and the tears of new authors, and that’s not even a misleading/alarmist/hyperbolic statement meant to keep you reading.

Okay, so maybe that description takes it a little far, let’s call it titillating.  I really do want to talk to you today, about a business arrangement that can only really be described as a cartel.

onerous requirements I must have known this at some point in the past, because it is penciled in The Wardenclyffe Horror budget between cover artist and packaging, but I must have been so traumatized by the experience I blocked it out, because until yesterday I forgot just how expensive ISBN numbers are. ISBN numbers ,for those of you who aren’t sure what I am talking about, are a required pedigree for every printed book and many digital ones (Amazon doesn’t require one in most cases, but iBooks always does.) They are analogous to the social security number assigned to every citizen in the United States.

Well these requirements are pricey as hell, but only for the little people, and only available from one source, the venerable publishing company Bowker, which was founded in 1868. Though originally they published books, now they seem to be a sort of meta publisher, providing data services to the rest of the industry. Their website is plastered with information on self publishing. If this seems like an odd thing for a publisher to do, it’s because it is; Bowker is crazy like a fox.

To self publish you are still probably going to need an ISBN, so lets take a look at what they offer in that regard:

While a $125 for an ISBN number may seem reasonable for an unknown, unpublished, starving writer, I think it is important to dig a little deeper into these numbers. Presumably these fees go to pay for the operation of some system that underpin all of the libraries and bookstores of the world, but I gotta say – their metric seem a little bit off. A huge publisher, the kind that places the most demand on such a system with best seller after best seller is going to pay much less than a dollar per number, while a first time writer is stuck with a $125 entrance fee.

How much less? Let’s look: 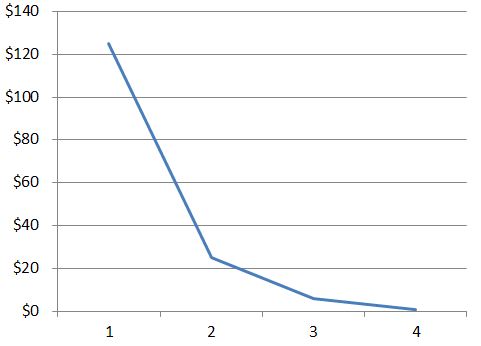 As you can see the price per unit falls dramatically. There are a couple definitions that would be really useful at this point:

Cartel: An association of manufacturers or suppliers that maintains prices at a high level and restricts competition.

Moat (financial):  The competitive advantage that one company has over other companies in the same industry. This term was coined by renowned investor Warren Buffett.

While it would be unfair to say that Bowker is a cartel (because a cartel requires a group) it would be totally fair to say that they form a cartel when working together with the rest of the publishing industry. A cartel isn’t always ilegal or anything OPEC is the most recognizable cartel around. Is there any reason in the world why buying a single ID number should cost a hundred times more than buying a thousand on a per unit basis? Only if you are looking to make it slightly harder for a new kid to enter the market. Anyone disagree?