Miniature Mondays: Here There Be Dragons 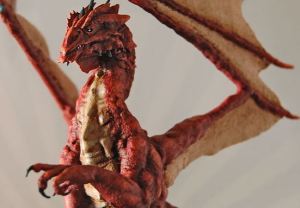 It used to be that the phrase “Here there be Dragons,” was just a metaphor – just a way of saying that this bit over here is not well explored and might be a little dangerous. You know, illuminated yield or slippery when wet signs as re-imagined by the artist formally known as Chaucer.

It would be a real disappointment it that’s how I meant it in this case. Fortunately, it isn’t. This week I really do have some dragons (now on Kickstarter) to show you.

This week there are four miniature related projects up on Kickstarter. We’ll explore them in the order of least awesome to most awesome.

This week I made more progress on my dwarves, finishing up another three riflemen. That’s 7 down, three to go. I also started base coating some of the forge guard for a change of pace. You’ll notice I have posted no picture this week. That’s because all the models I have painted recently look the same, and posting a picture of a couple new identical models just feels lackluster. Instead next week I hope to be able to post the group shot of all ten, before moving on to tackle a forge guard unit, or maybe a heavy warjack.

This week Clint sends us another mini, this time it’s a ork. Though I think that the color scheme gives him a bit more credit with hygiene than orks are known for, he did an excellent job painting him. My favorite bits are the back of the shirt for its depth and the sword for its rust. 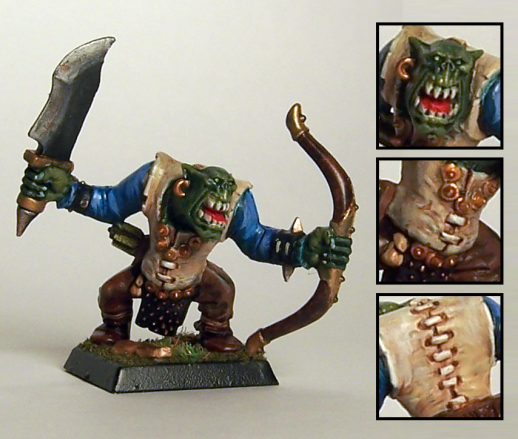 Jessica also submit more of her ongoing Eldar army. This time we have a reaper with a missile launcher. As usual she goes with a largely traditional color scheme, but I think that the helmet turned out especially well (along with all the jewels which I can’t paint to save my life.)

Want to submit your own paint jobs? Email pictures to caffeineforge@gmail.com

5 thoughts on “Miniature Mondays: Here There Be Dragons”