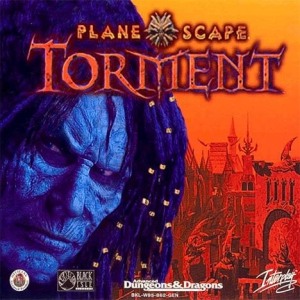 I think that by sheer numbers, redundant ipad accessories are the most numerous kind of project on Kickstarter. After this follows custom art filled decks of playing cards, and minimalist wallets. Somewhere just down the list though, slightly above custom exotic dice crafted from steel or stone materials comes the retro gamer category.

By dollar amount, retro video games, heart-breaker RPGs, and classic board games make up half of the top dozen or so projects on the games section of Kickstarter, and they aren’t going away any time soon.

This week a new contender is making a strong play for the number one spot. Check below to see if this is the one needs to be in your 2014 stocking.

By every measure  Brian Fargo’s latest project is something I should have already given money to. Not only does it attempt to capture the magic of a bygone game I loved when I was young, but I have already backed the Kickstarters of both the principles involved. I’m even still looking forward to receiving my digital swag from said projects.

And yet they will definitely not be getting my money this time.

Don’t get me wrong. I’m sure that Mr Fargo (of Wasteland fame) is a great guy; it was his original Kickstarter project that made me a true believer of all things crowd funding. Likewise, I was a big enough fan of Monte Cooke’s work to help fund his new sci-fi-esque fantasy world sight unseen. I just think they’ve done a number of things with this most recent project launch that fall squarely in the category of disreputable. The short list below deals with these issues succinctly:

So far Numenera: Torment has reached it’s funding goal of $900,000 in 6 hours, and raised $2 million in less than 48 hours. It is by any measure a success, but I will wait until I see it on sale on Steam for a sub $10 price before I pick it up. There are plenty of trends on Kickstarter I have no wish to support, and this is one of them. I’m not saying that I will never back projects from these creators again, but I am extremely skeptical.

So what say the rest of you? I feel like I’m the only one out there that has a problem with this, as I’ve read nothing but articles in favor of the projects, but I would love to know how many of my readers can’t wait to play this game (or burn it in effigy.)

9 thoughts on “A Tormented Kickstarter Project”