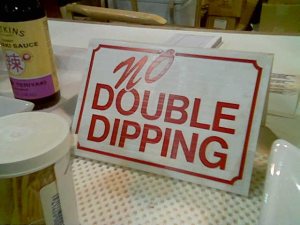 Update: Take a look at the comments for further clarification from the creators on a variety of issues.

It takes a lot for a Kickstarter to really irritate me these days. Projects that ask for too much, that or poorly executed, or that have unrealistic goals have become pretty common; they’re worth talking about as examples of what not to do, but not worth getting worked up about. I almost got there with Star Citizen, in that they were trawling for extra cash, but it wasn’t immoral, merely disappointing.

I pledged to a project pretty late Tuesday night that crossed the line. When I first saw it before bed time, I thought it looked great – so I tossed it $20 without really thinking about it. Big mistake. The next morning while waiting at the airport on my way to Thanksgiving festivities, I stopped by to take another look. What I found made me furious.

Why not tell me if I’m over reacting?

What I found was a great looking product, that wanted (and will probably get) $48,000 to make the first of a three part Peter Pan graphic novel series. Ambitious – sure, but it reeks of quality so I’m okay with it.

You can get the PDF of this book for $20 and a physical copy for $35. Okay so they are indie producers, and they deserve a little slack on their excessive price points. Except they aren’t, and they don’t. A Kickstarter, to my mind, is to cover the costs of the project – and in this case the creators are the artists so they are proposing to pay this money to themselves at a rate in the neighborhood of $350 a page, saying:

We are in need of these funds to complete production of Volume 1. It may seem like a large number to raise, but in truth, we are paying ourselves our fair comic production rates, and for the rest, well, Kickstarter Campaigns are expensive to fulfill! 🙂 There’s a large cost for printing, shipping of rewards, fees, taxes, and other costs that happen with Kickstarter Campaigns that many might not think of.

I’m a bit jaded, but If that was the worst part though, I could let them slide – I really could. It’s tacky and maybe tone-deaf, but hardly immoral. But then the project goes on to offer this little nugget:

IDW Publishing has already approved us for publishing, but we are still in need of funding to complete Volume 1. This is mostly because the preliminary groundwork for the Volume 1 (research, development, planning) require more time and money than the rest of the series. The funding also allows us (Ray and I, a married creative team with 2 children who work from home) to be able to take the time and care a story like Peter Pan deserves.

First note: this project is being published – why do they need Kickstarter?

Second note: They are a creative team that works from home (and has been previously published) What does this make them if not professionals?

I’m no industry veteran, but I thought that the way a project like this goes, is that if you are writing something for a publisher, and they give you a cut of what they sell. I was unaware that you could add the additional step of “get strangers on the Internet to give you money to make it” in front of “get large company to sell it for you.”

The creator goes on to offer the fig leaf, that “Even though IDW will be publishing later on, it is my goal to make the Kickstarter copies available sooner than regular distribution, also I intend to make Kickstarter a little special from other versions.”

I suspect the answer from the publisher will be that they can’t fulfill the project before it launches, that IDW will sell it for $20 in paperback and $6 on Comixology, and that they only specialization likely to occur is that they will remove the Kickstarter credits to bring it in line with their publishing standards.

So am I way off base on this? Am I making a mountain out of a molehill? Because to me this feels like a slick project is going to soak the Kickstarter user base when they don’t even really need the funding.