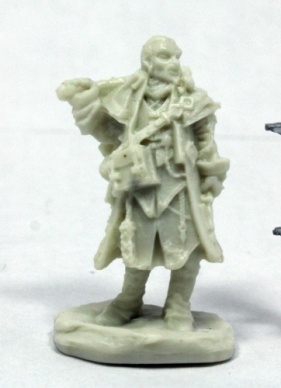 This week’s mini is that of an explorer, or catographer, or maybe… a pirate? We’ll see!

First some words about the mini itself. Like most of the Bones III miniatures, Quinn shows an incredible amount of crisp detail. I didn’t have much flashing on my piece, but unfortunately the mould line goes right agross the man’s face, so we had to be very careful when trimming it on Dirk’s mini. Worst case leaves Quinn with a big scar, I suppose…! We also made sure to wash the mini extra thorougly in soapy water to avoid tiny areas between details which repel paint.

I painted my miniature with a lot of washes and liners: 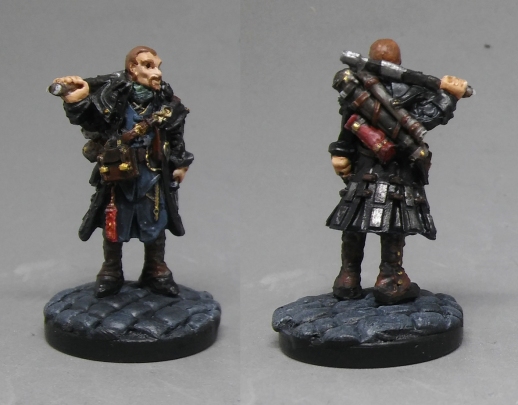 This time I’ll spare you my complaints about having to paint “all those tiny details”, because this time I kind of cheated *laughs*: Like I did with the fly demon I used mostly liners and washes (by Reaper) which are very color intensive and flow into all the small recesses and details. This way I created a bluish grey and black “base color”, the details were very easy to pic out and never obscured by thick regular paint. Since I plan to use the mini (somehow) in one of our current RPG campaigns as someone of an european(ish) faction I gave him pale rosy skin (I used half ebony white and half caucasian skin tone – the pure “pink” would have been too intense in this case). It was fun painting the scroll or card holders on his back, although I have to admit I don’t know what he is holding in his right hand… a club? Or a looking glass?

Dirk created a servant of the Holy Inquisition: 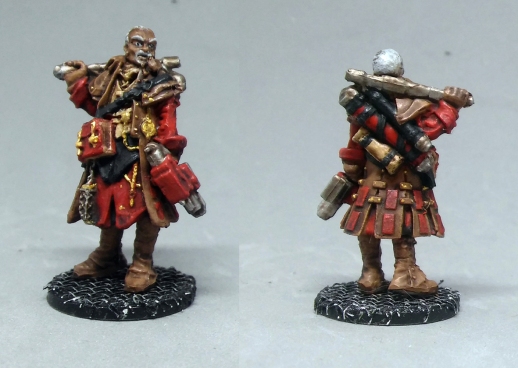 Dirk is GM in many of our gaming groups, also in our “Dark Heresy” RPG campaign which uses the Warhammer 40k Setting, so he won’t tell me exactly what he will use this agent of the Inquisition for, but no matter under which circumstances we will encounter this gentleman, he shows how a small conversion can go a long way! Dirk simply swapped the throwing knife in the left hand for a bolt pistol and put the miniature on a gridded base (just some piece of mesh/fly screen) ta-da: Sci-fi look, in a steam-punk way at least. I absolutely love the color composition, btw. , and how inquiring the man looks.

And in a strange coincidence Dirk chose dark skin and grey hair, which seems to be the “official” version, without ever having checked the net or even a Pathfinder book. Maybe that’s just how the mini “wanted” to be painted?

Michael did, in fact, check the source material: 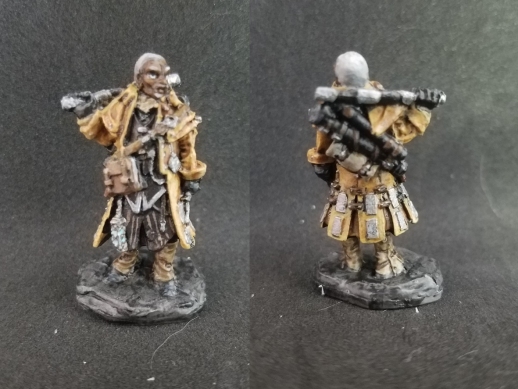 He wrote he tried to duplicate the official Pathfinder art since he already used the character in one of his games and plans a “surprise return” – I really hope your player don’t read here, or the surprise will be spoilt!
I like the color scheme, and you did a good job on the face, especially – eyes are always difficult to get right and this guy has a great questioning, slightly annoyed look! Since you know the NPC, what kind of person is he? I’m just curious because we didn’t even dip a toe into Pathfinder (too many D&D 3.5 books here to change the system for fantasy).
Jim did a speed paint this week: 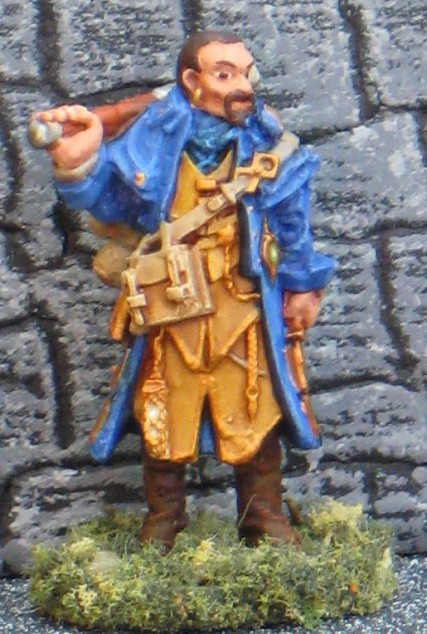 He wrote that in his mind, Quinn is not really made for a medieval fantasy setting, and I completely agree! One of the reasons Quinn fits so well into gothic sci-fi like 40k, or maybe steampunk is his 18th century style – the frock coat is a good example for that. I can see how you could use Quinn as some kind of captain, maybe a privateer (too bad I found that out just yet, I could have used him for my pirate campaign! Fortunately Bones are cheap.)
Your colors are a good choice, esecially for a captain of some sort who is maybe wearing some kind of uniform. He wasn’t too happy about some all-too-similar colors, but I kind of like that bag and straps are so light, it’s really different from the standard dark brown. The face is great too, he looks much nicer than other versions of him, did you intend that?
I can see that you have a good eye for detail, I didn’t even notice the earring! Do you use some kind of glasses or enlargement for painting? 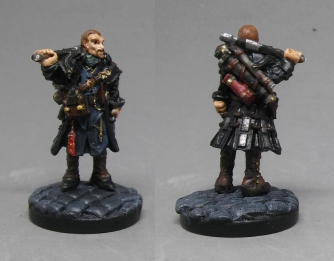 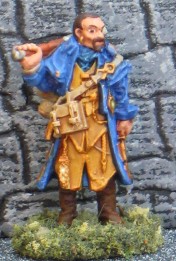 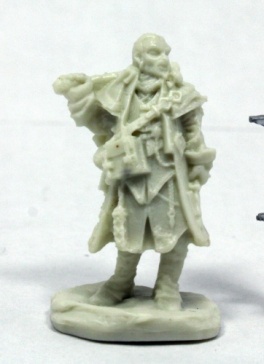 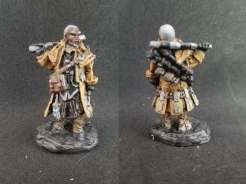 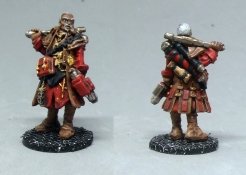 Want to participate in the next post? Email the pictures of your minis until Friday 08/03/18 to