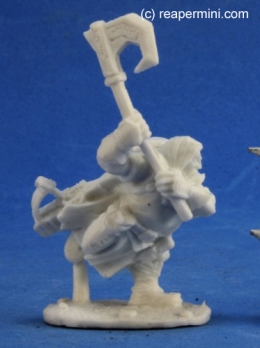 Dwarves are not known for their bond with nature or their affinity to the surface world, but as you will see, there are some rare individuals among that race that get out and wander around in forests and meadows…

First I thought it’s just another dwarf, but this one is really rich in detail. Is backpack is packed with a lot of adventuring gear, I especially like the tea pot. And the axe is covered in fine runes, as it is fitting for a great warrior.

Since I had only a little time to paint this week, my mini is a WIP: 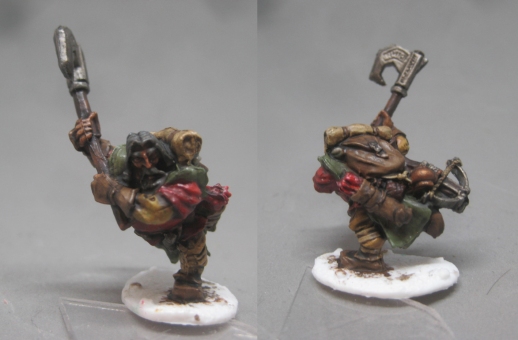 I chose the usual colours for rangers, greens and browns, but wanted some contrast color to stand out. So I painted his tunic red, perhaps his clan’s colors or a hint to his wild temper which lets him charge recklessly into combat.

Antonia’s dwarf is of the southern variety: 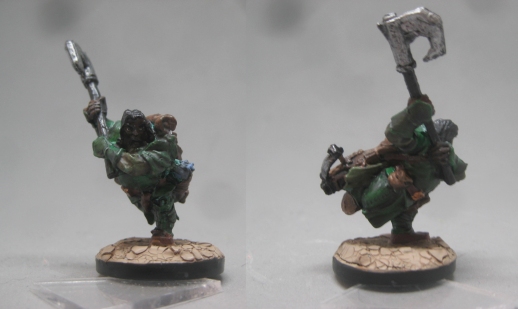 Antonia said she wasn’t that inspired by the mini (she admits she is not a “dwarf person”), but somehow a name like “emerald guard” got stuck in her head and she decided to paint the dwarf with a lot of green. He is dark skinned because she plans to used him in a tropical/equatorial RPG campaign, which also could explain why he doesn’t wear metal armour (leather is probably the bikini version of armour for a dwarf?). Since she didn’t have time for highlights the mini is still very dark overall, but with our little son crying through a lot of nights lately we just don’t seem to find the time for anything…

Arjens mini is also a WIP. 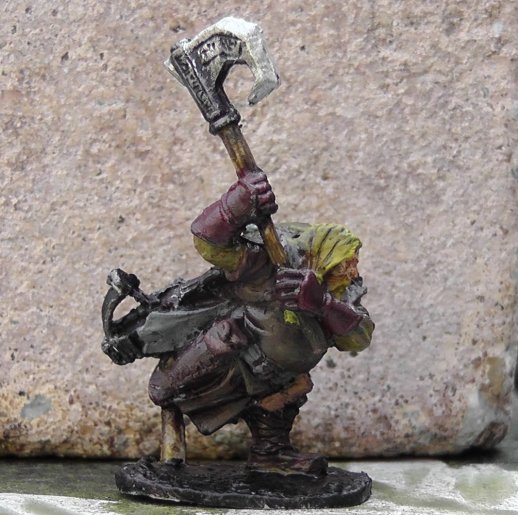 The idea for this ranger was to paint it in all kinds of brown.  Also, Arjen told us he got some problems with his camera: some lower layers of paint are visible with the camera, while they are not visible with the naked eye, which gives strange effects. Nevertheless, the contrast between the blonde hair and the dark red gloves is an interesting choice that keeps the color scheme from being monotonous!

Jim painted his dwarf in light colors on skin, hair and clothes: 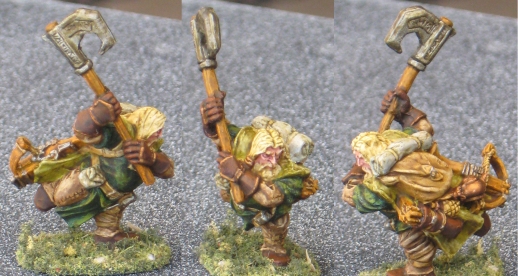 Jim brought up the question if dwarf rangers are to be of the below ground type or above ground. A really good question I didn’t think of, an underdark ranger would have been interesting, though none of our painters picked up this idea.

Jim chose an above ground, woodland type ranger. He liked to paint the mini and was excited by the lots of little details: The tea pot was also his favorite. I like how nuanced the dwarf’s face turned out! Funny how so many of the minis are light haired this week, normally you’d see dwarves mostly as brunettes or maybe redheads. 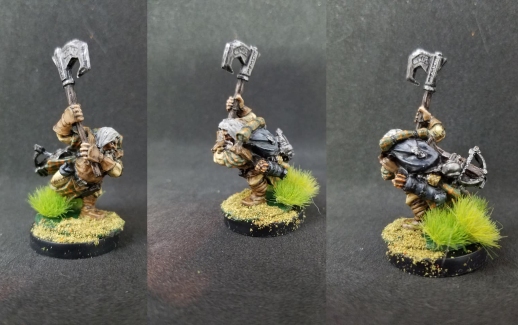 Michael realized after starting this mini that he ends up reaching for the same paints sometimes; his Harsk began looking like he belongs to the same sewing circle as his Aeris mini from a few months ago. To add some distinction, he turned his plain green cloth parts into a tartan plaid with orange stripes. A really nice freehand which gives the mini a lot of character.

Michael didn’t want to cut out the support peg, so he hid it in a bush. A good idea which can be used on many occasions.

*on the other hand, which dwarf isn’t? 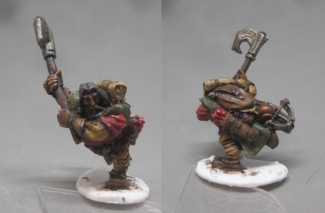 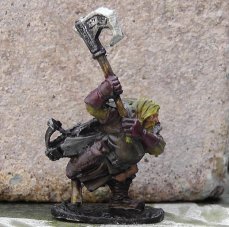 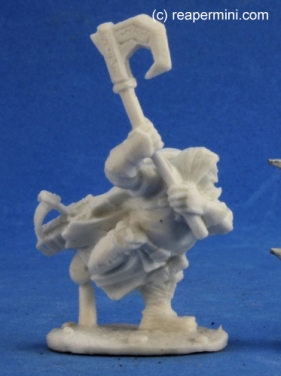 Want to participate in the next post? Email the pictures of your minis until Friday 03/30/18 to