This week’s mini is the whispering tyrant, a mighty monster from Pathfinder, but it works quite as well as generic lich or ghost or… let’s see what our contributors made of it.

Not sure if a whispering tyrant is an ethereal creature or not, I decided to paint it as a corporeal undead, such as a lich.

I didn’t have much time to paint and there are some details I want to finish, but the result so far pleases me. Parts of the cloth/armor I painted as if it were human (or some other races) skin, to show that this thing is really mean.

Antonia liked the mini because of it’s dramatic pose. 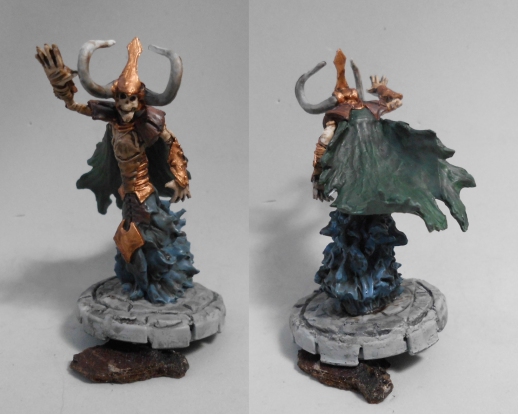 Like me, Antonia had problems identifying all the details on the mini and wasn’t sure what is flesh and what is not. If she has the time, she want to work further on this mini, as the cloth gives much opportunity for blending. I also like the sculpted base, even the rim fits into the pattern!

Jim also was unsure if this monster should be ethereal or corporeal and in the end it’s a little bit of both.

Jim went for dark eye sockets rather than glowing eyes (as first intended) because he liked them too much. And I agree with him, the dark eyes fit in well. I especially like the rusty armor. He had fun to paint this mini and was pleased with the results (and I think to have fun doing it is the most important think – right?).

Arjen’s Tyrant is the most ethereal one this week. 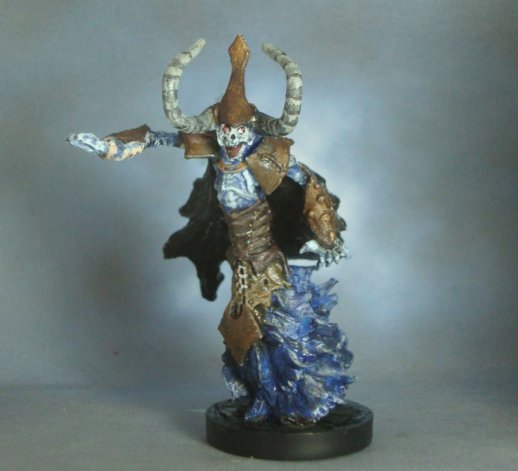 I like the overall color combination as well as the contrast of ghostly energy and rusty armor. I especially like how Arjen gave the horns structure only by painting them!

And mind the background: it was well chosen and enhances the glowing effect of this undead (from the right angle it looks relly great)! 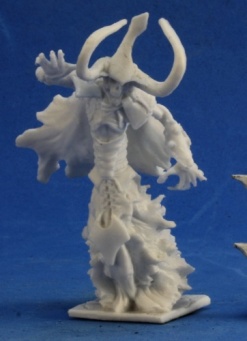 Want to participate in next week’s post? Email the pictures of your minis until 08/07/16 to