A real tidal wave of photos hit our shelves this time, not only of this magnificent resident of the deep sea, but of all the visitors from the last weeks. So until we sorted them all out updated the last articles, which we hope to complete in the next two days, here are – for a start – the inhabitants of a dark and wet world under the waves…

Antonia wanted the Tiik to look like a deep sea creature, so she chose a brownish red instead of the surface fish blue or green – only the little crab-fish thingy on the Tiik’s shoulder was painted silvery blue.  Over all the larger scales she drybrushed a pearl shimmer to give the Tiik at least a hint of silvery shine. 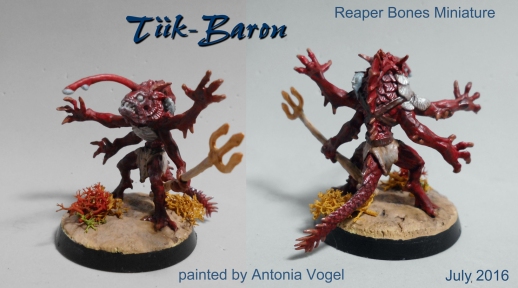 I like the light OSL-effekt in the eyes and the base with it’s coral-like structures.

Arjen sent in a Tiik in the colors of the ocean, greens and blues, which, as he told us, took around one and a half hour to paint:

He also was happy with how the claws came out – inspired by the exchange over the basilisk two weeks ago. This is a good example how this blog can help us to find ideas or inspiration.

I like the overall color scheme and the really bright tip of the “fishing rod”. 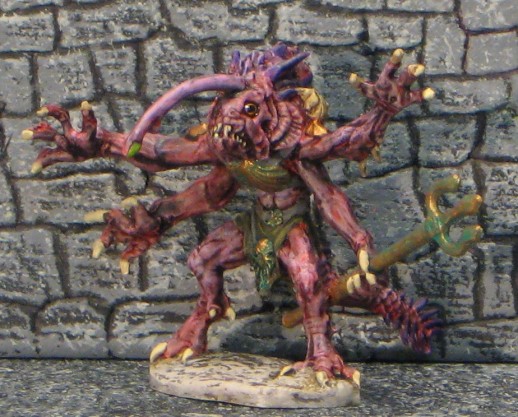 It’s a nice effect how the metal parts were corroded by the aggressive salt water, it gives the mini a special feeling. And I really like the eyes of the Tiik, very natural!

For antother impression here the Tiik is about to attack a land dweller:

Very impressive indeed! this one catches the feeling of a deep sea fish, lurking in total darkness, only visible through his photophore. I think this one is this week’s most fearsome participant!

Next week we will see the Bones-II-incarnation of the famous Sophie, and watch this blog for some updated photos the next days. Until then… 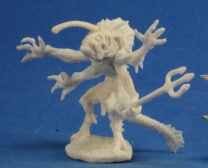 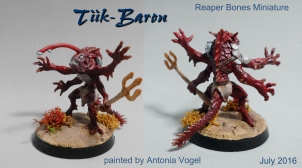 Want to participate in next week’s post? Email the pictures of your minis until 07/17/16 to