Mage: the Ascension Lives on Kickstarter 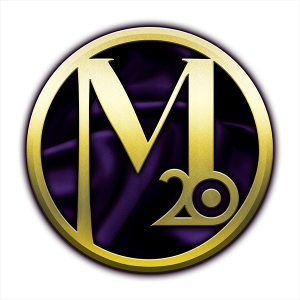 Mage: the Ascension, White Wolf’s seminal game of modern magick, has returned for a 20th anniversary edition.  And where else?  Kickstarter of course.

Ascension is one of those works of pop culture that seems, in retrospect, perfectly attuned to the cultural moment that bore it.   As personal technology and the Internet was exploding into ordinary people’s lives, here was a game that pit tradition against technology, old versus new, and did so without making things black and white.  Instead of either side being mustache twirling villains, the differences between the Traditions and the Technocracy (I’ll leave it to you to figure out who’s fighting for what) were not so much defined as good versus evil, but as irreconcilable differences in philosophy and vision about humanity’s future.  I don’t think any game has inspired more radical flame wars, with the possible exception of various editions of Dungeons and Dragons (with the caveat that D&D was largely subject to edition warring, while Mage had the added dimension of ‘what does it all mean!?’ battles…)

Like all of White Wolf’s original titles, Mage wrapped in the aughts with an aptly titled ‘Ascension’ event, in order to make way for a revamped, darker, dare I say, grittier rendition of the World of Darkness–a World of Darkness for a new millennium, including a new Mage game.  While both have their merits, Ascension will always hold a special place in my heart.  And I know I’m not alone, as Onyx Path Publishing, spiritual inheritors to White Wolf (which is now an arm of CCP, known for space-based MMO, EVE Online), have been releasing killer 20th anniversary editions of the classic line of games.  These amazing books contain hundreds of pages of revised and errata’d rules, setting material, advice, and art to inspire practically limitless gameplay.  Not to mention, both of the preceding 20th anniversary editions, Vampire: the Masquerade and Werewolf: the Apocalypse, managed to flense the 90’s out of the games to make feel both current and timeless.  I can only imagine what hell a Virtual Adept might raise with a jail broken iPhone…

While I am eager to give Onyx Path all of my money, their Kickstarter track record is worthy of a little scrutiny.  They’ve launched ten Kickstarters to date, and while most of them have gone off without a hitch, some of them have suffered delays.  Notably, some people are still awaiting their Werewolf deluxe physical books, over a year after the estimated delivery date (however, it seems at this point that these delays are being resolved).  And then of course, there is my beloved Exalted 3rd edition: 5 months over due and counting.  That said, if two things can be gleaned from Kickstarter and the roleplaying game industry in general, it is that patience is a virtue and good things come to those who wait.

It’s early yet, so put in your dollar, watch the developments, and then pile it on at the end.  Onyx Path has managed to raise nearly $250,000 in just two days, so I expect this will be a biggie (despite the super strong start, I don’t see it quite reaching Exalted’s $685k, but it may come close).  If M20 is it at all like the other volumes in the 20th anniversary line, it’ll be worth every penny.