Queen Games: At it Again 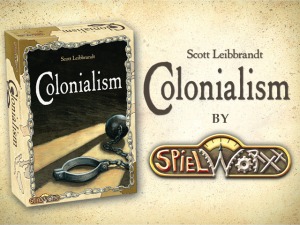 Lately I will admit that I have had more unkind things about Kickstarter, especially where board games are concerned. I wouldn’t say that the funding mechanism has lost its luster to me – I still see plenty of projects I want to give money to.  Maybe it is my inability to spend money on crowdfunding that is leading me to focus on the problematic projects: its the only way I can keep my mind off the projects I want to give money to.

Perhaps familiarity simply breeds contempt. I was ready to be outraged when saw that DC was launching an indiegogo campaign, but after taking a look at their not for profit campaign to trade swag for money to feed hungry kids I quickly became more interested. Perhaps there is not always smoke where there is fire; that in a nutshell is what I want to discuss today.

Queen games is at again, as I knew they would be. This is actually the second project they have launched since I last raged against them. Previously they help launched a game by relative newcomer to the board game world Dirk Henn, and I thought it was so nice of them to help the guy out I left them alone for once.

Really I decided that if I complained about Queen every time they used Kickstarter to circumvent their distributors, then soon I would be talking about little else.

They did Help Dirk Henn launch a game, but he’s no outsider. He created half a dozen well known games, including the perennial classic: Alhambra. A well known designer working for a well known company to relaunch a game he has already sold once? That might be exactly the opposite of what Kickstarter is for; toss in the fact that to my eyes the majority of the Kickstarter’s profits were created by selling copies of games already in print and you might begin to see why I was outraged.

But I left it alone.

Now Queen is back (again) and this time they are launching with an interesting fig leaf, and I want to know if any of you think the distinction is important. Queen is launching a new game, but not on their behalf – they are doing it for a less well known partner Spielworks, and of course helping launch the game of an unknown company is totally different from helping launch the game of an unknown creator. Totally.

I think that Queen using Kickstarter to raise funds for another company might very well be a breach of the site’s TOS. I think that even if it isn’t, the clear answer is that Spielworks should obviously create their own profile and launch their own project rather than trying to use a well known company to increase interest in a smaller one. I think that would be like using a classic video game to sell one that has NOTHING WHATSOEVER to do with it – you know, lying. But what do I know.

It is also reasonable to think that maybe all the profits on this project won’t go to Queen, and thus isn’t an attempt to make money but actually help someone out; they aren’t even shilling any of their in print products to up your pledges. Obviously I think it is the former, but could be persuaded that it is the latter.

What are you waiting for internet, come on.. persuade me!

5 thoughts on “Queen Games: At it Again”