Miniature Mondays: Ain’t About Much 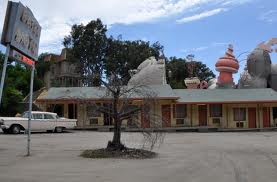 This week was insanely busy for me, weekend included. I lived out of three different hotel rooms in two different hotels, and drove through one blizzard. The culmination of these events is that for the first time in 2013, I didn’t get anything painted; about the only productive thing (in a creative sense) was that Caffeineforge’s taxes got done.

Unfortunately, they came out about how I expected, and thus there isn’t anything interesting worth sharing with all of you.

Kickstarter must have heard about my busy schedule, and decided to take it easy on me. This week there were only three new projects to report.

Even though I was a slacker this week, Jessica kept her nose to the grindstone. This week she not only painted a wonderful eldar scout – she painted three of them. Her army is really coming along. I lookforward to the day she can post the whole thing assembled for all of us to drool over.

Clint also burned the candle at both ends to bring us this week’s mini, a duplicate of one I showed in a previous post from Reaper’s Bones line … the Great Worm!

Send us your pictures to show off your skills to the world at caffeineforge@gmail.com.

One thought on “Miniature Mondays: Ain’t About Much”