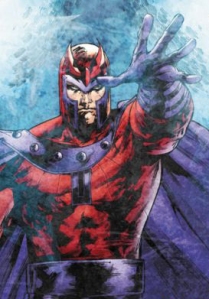 I’ve mentioned in more than one post that I love the X-Men. Other people have other Marvel favorites, but for me no team better exemplifies Marvel than their team of not so lovable mutants. Sure they have their faults – they have a few characters that just won’t die, and a nasty tendency to bring back those few who do perish. The team also goes through cycles where it has so many x-people that it has to fission them off, and create whole new teams just to handle the over flow. But what is it about them that makes great? I would argue that the spandex, the mansion, and even the Blackbird have very little to do with it.

The characters and the plots are obviously the main things that make any story great, but Marvel has dozens of wonderful heroes. No – the reason that the X-Men stick out in my mind, is their villains. Spidey has a few good ones, and so do the avengers, but I think that the X-Men have the best villains, hands down. I could go on at length, but what say we just discuss the top three today?

Just to be clear – I think that the heroes aren’t the only ones that could use a permanent death or two to liven things up. Clear out the deadwood to give younger characters a chance to thrive, you know? But since that’s not ever going to happen, let’s just take a look at the line up.

Any list of X-Mens nemeses has to start with Magneto. Not only is he the team’s most enduring villain but he was their very first villain. Magneto’s strengths lie in his high level power set, his long history with the team, and his nazi inspired hatred of all that is human. Not everyone knows this, but Magneto has actually joined the X-Men more than once, and been a good guy for months or years at a time which helps to round him out. He is also responsible for perhaps the coolest scene in all of X-Dom. 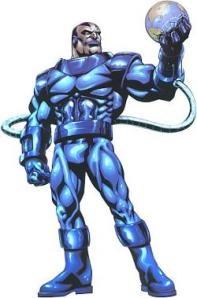 Next on the list, comes Apocalypse. Love him or hate him, he makes the list because of the synergies with our mutant heroes. He is an evil Darwinian overlord, out to create the perfect dystopian future for the strongest of the mutants. Other teams may fight him, but he’ll never really be their villain. His focus, and vice versa, is Cable, the sometimes X-Men from the future where Apocalypse has won and controls forever. His key story arcs are too many to list, and his powers are all too often ill defined and slowly expanding on the needs of the story. Regardless, his true strengths lie in having excellent reasons to keep coming back after being defeated: he has lived through thousands of years, and goes through periods of rest and regeneration ready to slay and conquer whole new generations.

Some might be tempted to include the Mr Sinister here to round out the top three. Perhaps even Juggernaut Lady Deathstrike, or the Dark Phoenix (I think the last choice would be cheating however). Myself, I prefer to go with the X-Men’s greatest nemesis – the Sentinels.

The Sentinels will never be the strongest of the X-Men’s enemies but they will always be the most numerous. Every plot line needs cannon fodder, and no team out there gets to fight minions nearly as big or iconic as these giant robots. These purple giants have been a part of the X-Men mythology for a very long time, they’ve received more upgrades in that time than your cellphone, and have been involved in many major plot arcs up to and including the genocide at Genoshia. The Sentinels might be a crutch sometimes, but it sure beats putting agents from hydra or aim in the story to keep your heroes busy while the super villain tries to put the finishing touches on a secret plan that will allow him to conquer the world.

So I know the rest of you have some favorites. Who did I miss? Who do you think I am dead wrong about?