This week we tackle one of the uglier (in my opinion) minis of the collection. The rust, I mean – oxidation beast, is a creepy little bugger. I actually wasn’t sure what to expect, but it paints up rather nicely, as you will see if you look below.

Demigods Rising – The game itself has no appeal, but the sculpts are lovely to look at.

I enjoyed this guy, but I think that is mostly because I have really enjoyed working on weathering effects lately. They definitely came in handy. Like most, I went with a rust theme. 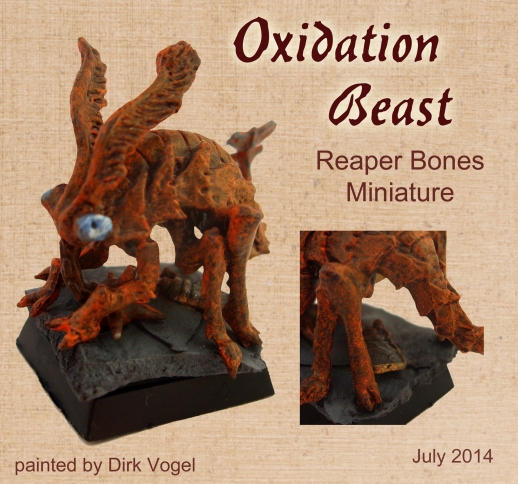 Dirk went for a similar if slightly higher contrast color scheme. Notice how much smoother this oxidation beast is; I swear by GW’s textured paints for work like this.

Kylie gets my vote for favorite paint job this week. This one looks less mundane, and more malignant with it’s verdigris highlights.

Arjen decided that the traditional color scheme was rather dull. To quote him, “As a rust monster it sucks, but if you paint it as some super insect I like it a lot!” I couldn’t agree more, and I love how vivid it came out. Great work!

Update:
Magnus gets his mini in in the early am. I like this compute scheme. It’s simple, clean, and reasonably traditional. 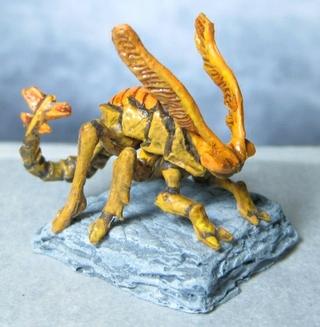 I got a bunch of great suggestions on minis last week. If you want to see something specific on the list, leave a comment.