Monday Miniature: Show us Your Army 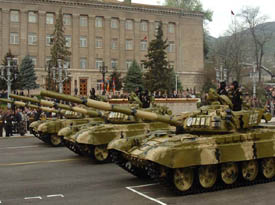 For the last few months we have been exhibiting half a dozen identical minis, each painted in a slightly different way every Monday on this blog. It’s a wonderful exercise, but seeing how all of those painters work on other projects, from time to time it’s a nice change of pace to see what other projects people are working on. This week we see what armies people are working on.

No new projects stuck out to me this week. Given the amount of projects that have raised funds but not yet delivered, I’m not really surprised. Still, I remain ever hopeful, and will let all of you know if I find anything worth sharing.

I’m working on my imperial guard army for 40k. I’m starting with some WWI-esque troops, and when they get painted I will move on to the tanks.I like how they are coming, I only wish they were coming faster.

Arjen prefers to paint minis for RPGs rather than wargaming, but did have some lovely LOTR minis painted up in ghoulish fashion.

Magnus is preparing quite a few different projects at the moment ranging from Kickstarter rewards to a Necromunda gang; the ecletic nature of his projects truly marks him as a man after my own heart. 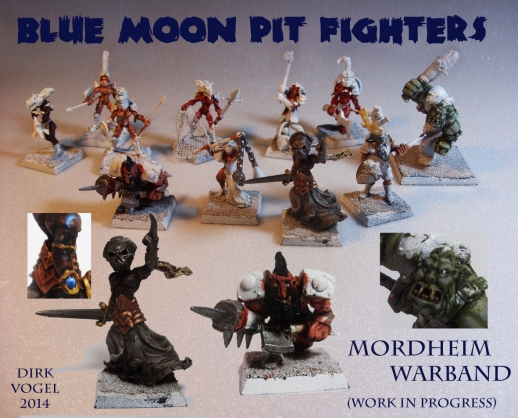 Dirk is making a Mordheim army, and it looks to be shaping up as a pretty awesome project. The minis pictured above include (but are not limited to) Mage Knight figures, GW bits, and green stuff modeling. Definitely a cool project.

David looks to just be getting started on his latest project, a Helldorado army. I’ve lusted after these minis before but never actually bought one. They do have some lovely sculpts though.

Jessica impresses as always. Pictured above is her husbands Eldar army, and it looks smashing. Care to estimate how long this project took to finish?

Mangu Timur  Send your picture to Caffeineforge@gmail.com by 2/23/14

Hydra – Part 1 A model this big I want to take two weeks on. Week 1 will be prep and base coating. This week I want to see everyone’s WIP shots. You have 6 weeks till this project, if you don’t have a hydra, you should consider picking one up.

Hydra – Part 2 A whole week just to detail work think about it. I expect to see some really spectacular results from this one. Come on people – this is the week to blow me away

4 thoughts on “Monday Miniature: Show us Your Army”