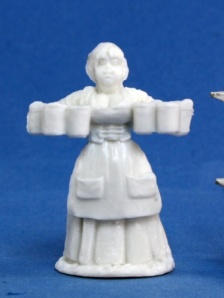 So apparently there is a large degree of overlap between people that watch the Super Bowl, and people that like to paint minis. I wouldn’t have guess that, but the emails I got from regular painters telling me that football parties got in the way of their artistic endeavours certainly prove the point.

I would have thought that a beer carrying bar maid would be welcome at those sorts of parties. Fortunately we have a few people that made the time to paint. Take a look.

This week I have no new projects to report, though I can say that the second Drake Kickstarter is launching later this week. I really liked their first Kickstarter, but have real issues with a company launching a second project before I get my rewards for the first one. 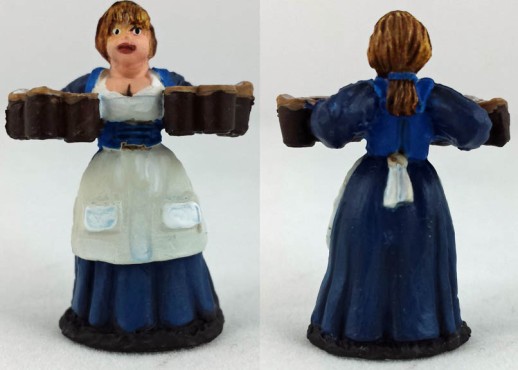 So this week, my eyes sucked. Lets just get that out of the way. I kept screwing them up, so eventually I left well enough alone. I like how the dress came out, though it certainly was at the low end of the curve on this weeks efforts. What really came out good, what I was really happy with was the hair. It took some time, and a lot of brush work, but I was very pleased with the Auburn I ended up achieving. 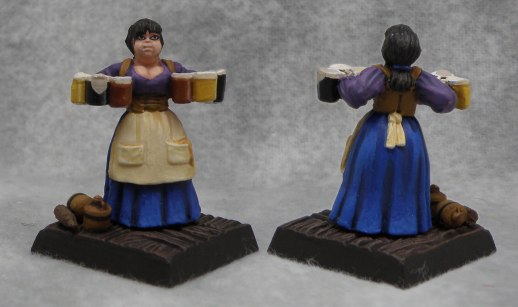 Jessica’s base is nice as always, but the real payoff on the mini is the depth of color and the smoothness of transition that we are seeing in the cloth on basically all of Jessica’s minis these days. I wish I knew how she did that. 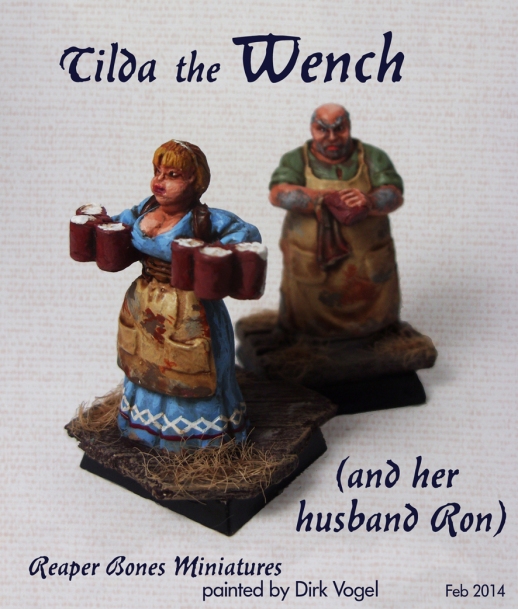 Dirk painted both the tavern wench and the barkeep. They make a great matched set. I love the grungy look on both minis. The stains and the brush textures combine to good effect, and the bases are very nice. 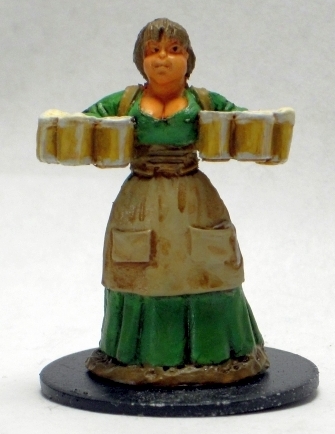 Magnus chose a different color scheme, and glass mugs. I really like the transparent look he created for those foaming drinks. 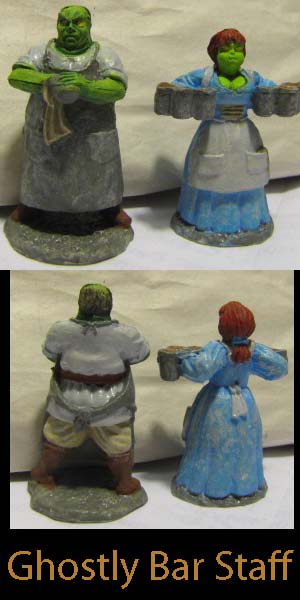 David also decided that if you painted one member of the staff, you might as well paint both, though he went for more of a haunted mansion style. 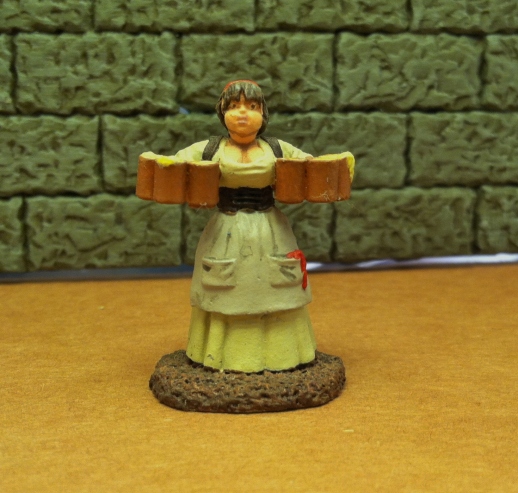 Tallghost joins us as well this week,, and went with a color scheme that is much different from the rest. I like the red and cream look quite a bit actually. It looks a little gypsy like to me.

Hydra – Part 1 A model this big I want to take two weeks on. Week 1 will be prep and base coating. This week I want to see everyone’s WIP shots. You have 6 weeks till this project, if you don’t have a hydra, you should consider picking one up.

Hydra – Part 2 A whole week just to detail work think about it. I expect to see some really spectacular results from this one. Come on people – this is the week to blow me away.