Given that we have spent so much time painting BONES minis, it seems rather appropriate that today we find ourselves painting a sarcophagus, don’t you think? Peak below the fold for some spooky paint jobs.

This week I found only two 3d render heavy projects.

Zombie Box Set – Just what it says on the tin 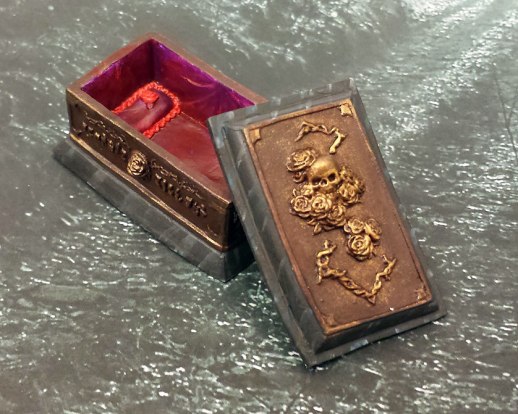 This week, as I was in a bit of a rush (I’m out and about all week hanging out with my friends in California) I opted for a quicker color scheme that I had originally planned. Thanks to Clint and Laura for sharing their paint and light box so I could participate on the road. 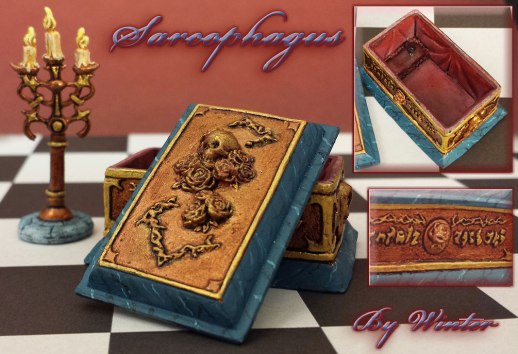 Laura went with a slightly more elaborate color scheme, and it came out fabulous. I love her stone almost as much as I love the matching candelabra she did to match. 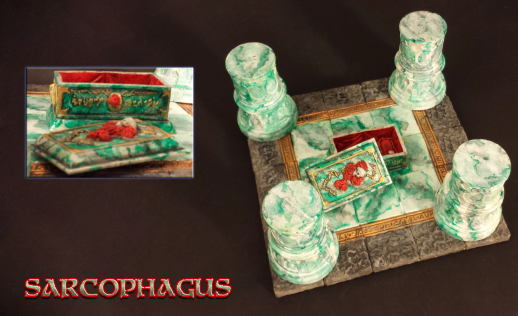 Clint went even further, creating a whole diorama to showcase his exceptional paint job. The marble would have been outstanding, even without the pillars and floor tiles painted to match. 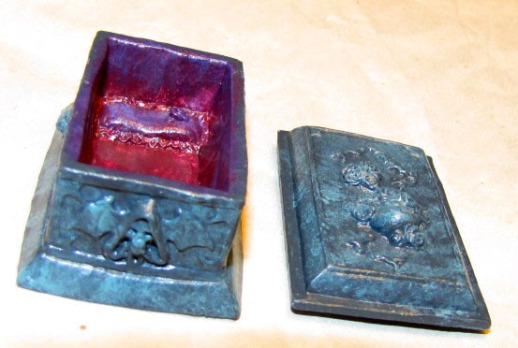 David went with an extreme verdigris style. I don’t even want to know how long that vampire has been buried (or how hungry it is.)

Jessica went with a very detailed color scheme, and highlighted all the decorations on this particular coffin. It almost distracts you from the sarcophagus’s occupant… 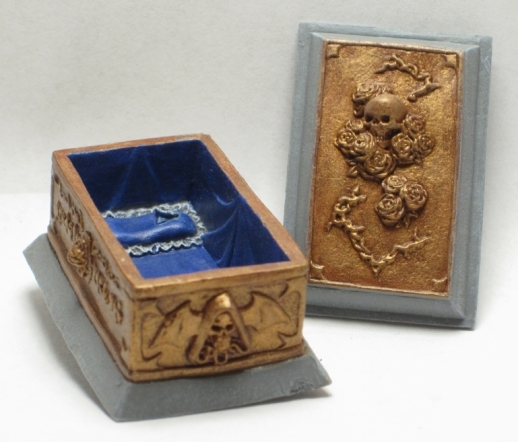 Magnus went with a very similar color scheme to me, barring the choice of interior colors.

Araziel chose a festive color scheme that might look at home on a Mardi gras float. 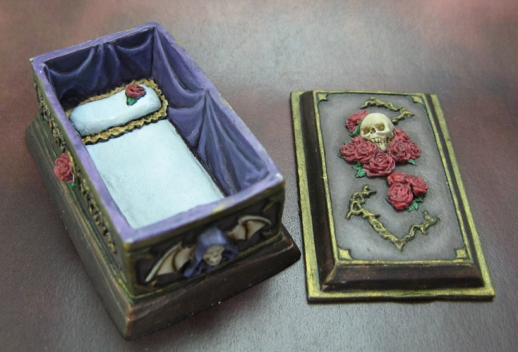 Tonya split the difference with a coffin that is both colorful and grim, and I love her highlights on the cloth interior.

Update: Jo’s submission hit my inbox in the middle of the night, and provides a colorful contrast to the Dwarf Forge tiles it is staged with. This is some of Jo’s first painting apparently, and I think it is an outstanding job.

Owlbear – Send your pictures to Caffeineforge@gmail.com before 2100 MST on 12/29! I would love to get a sense of people’s miniature goals. How many did you paint this year? How many are you going to try to paint next year? Now is the time to set some goals!

3 thoughts on “Monday Miniatures: The Sarcophagus”