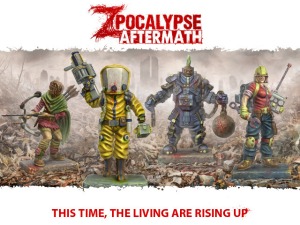 As many of our frequent readers know, I love board games. Preferably the ones that are hideously complicated and contains oodles of little wooden meeples and plastic bits. I f there is one really great thing that Kickstarter is doing, it is creating more of these. Whether this is because the amount of money available to finance such luxuries is on the rise, or because creators are better integrating a budget supply chain to Asia, I can’t say, but it is having an effect.

I, for one, am certainly willing to pay a little extra for higher quality components, but is the quality there? With no reviews on most crowdfunding projects in this vein, it is hard to say whether there are good books behind these pretty covers.

Let’s dig right in, shall we?

This week, three of the five miniature-containing-projects on Kickstarter or board games, not wargames. This is a new high water mark in both total and segment volume.

The miniatures painted this week are really quite exceptional.

Clint promised me something big this week, but I didn’t think he had finished a whole building! I love both the work and the scale. I just wish I had scenery this cool.

Jessica has also outdone herself. Her Harlequin is outstanding. Notice the diamonds. All of that is freehand. At first I thought that the black lines seperating them were micron pen, but she assures me that every inch of this model is painted. I don’t think I could have painted this model half so well.

This week I finished my Rhulic unit, though compared to the two previous models, they do not compare. Practice does make perfect though, or at least a little closer to, and this makes 19 miniatures completed so far this year, significantly ahead of the 1 miniature a week target for the year of 12. If only I could get ahead of my writing target’s with equal ease.

Want to join or weekly Mini paint off? Email me your pictures at Caffeineforge@gmail.com