Last week you all stopped by for a bite to eat, and unfortunately I had nothing to serve. Sure, there were a few stale projects that were ALMOST miniature projects.

But they didn’t satisfy.

Don’t worry though, since then I’ve gone out, restocked the cupboards, and prepared a real smorgasbord. I’m not hungry, but you go ahead an pig out on all those delicious projects, I’ll just sit over here and watch.

Since I have curtailed my purchases, Kickstarter has taken on all the pain of a diet. To quote Al Pacino “Look but don’t touch. Touch, but don’t taste. Taste, don’t swallow.” Despite the hardship, I have persevered, and found you five new projects to drool over. Let’s just jump right in shall we?

With that done, let us turn to painting. 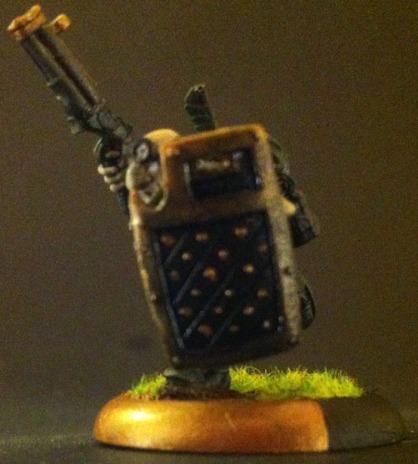 This week, because of a variety of complications already discussed in previous posts, I wasn’t able to get much done. I was hoping to finish at least another third of my riflemen, and bring my Rhulic army one more noticeable step toward completion. Apparently pain and Vicodin are both powerful wards against progress, and I was only able to get one miniature done. This unit is now 4/10 complete. Again, I am not completely happy with this model, but I blame the green primer. 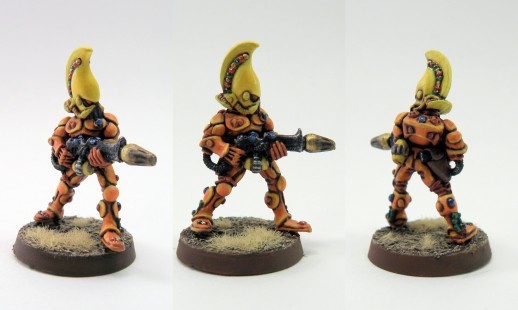 Jessica is showing off another mini in her growing eldar army. I really like the classic look, and though the highlight’s might be a little excessive on this one, it looks good as a whole and I think she did a wonderful job on the base and the helmet especially. 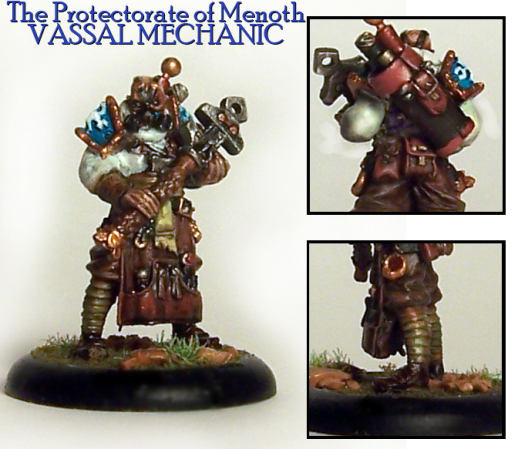 Clint like me is continuing on his Warmachine army, and has posted a well painted but creepy mechanic. His wonderful photographic format this week almost outshines his paint job though. My favorite part on this one is the leather. Rather than go for a straight brown color, he goes with a deeper red-brown that has both wear and stains, and is consistent from apron to pouches.