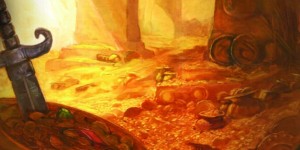 Did you know it took weeks to tweak every last detail when we created the Kickstarter project for The Wardenclyffe Horror? I’m talking every available night and weekend too, not just a few hours here and there. Though in retrospect I think there are still a couple things we could have done better, I feel like the time we spent allowed us to iron out most of the major flaws in our presentation and strategy. On Saturday though, during an interview for the second Kick-a-Thon, we discussed how you need a lot of skill sets to make a successful project; your product requires you to be good at one set of skills to make a product worth supporting, but those same skills are not necessarily the same ones that will allow you to market your work persuasively to your prospective backers.

A couple weeks ago, one of my regular readers asked me how we went about deciding what to set our reward levels when we created our project. This is an interesting question – with many possible answers. As many of you know I do a lot of research on Kickstarters and I don’t think I have yet seen this topic covered in detail anywhere.

Today is as good a day as any though – so why don’t we talk about it right now?

The most important thing to remember when figuring out your reward levels is to know know how much you need for the project to be successful. This is the framework that all the other numbers you will need to gather fit into. Let’s use, oh – I don’t know – a comic book Kickstarter as an example. The point of such a hypothetical project is to create a comic book, so the first step is figuring out how much that will cost. If you are the writer, penciller, inker, or colorist, it will cost a lot less than if you need to hire someone to fill that roll. Remember, your payment is that you have a completed project at the end (and little things like fulfilling your lifelong dreams) that you can do whatever you like with. The point of Kickstarter is not to get you paid, it’s to get your project made.

Let’s say that you are the writer, and you need to hire an art team (I recommend you spend an awful lot of time interviewing for this step) and that that team’s combined page rate is $100. That means to do your 50 page comic book, you are going to have to raise $5000. Then you are going to have to hire a cover artist, buy an ISBN number, and pay for printing. After all that is done – say that comes to $7000 – you will have a comic book, but your backers won’t quite yet. Don’t forget to add in the cost of shipping, and any swag you promised; those tee shirts aren’t free. When all this is said and done, you’ll need to tack on another 10% for Kickstarter and Amazon’s slice of the pie.

A number like $10,000 here wouldn’t surprise me, though if you are doing the art yourself I could easily see $4,000-6,000 being a more appropriate number. Regardless, what do you do with this number? Well, there are several possibilities, all of which require assumptions of one type or another:

This approximates the efforts we went through prior to launching our own Kickstarter. In the end some of our assumptions were incorrect, and will likely put us slightly in the red in terms of out of pocket costs. I underestimated the average pledge (significantly higher than expected) and the proportion of foreign backers (also significantly higher than expected- apparently Tesla has quite a following in Europe.)  This means that even though we exceeded our goal, we will spend more money than budgeted on shipping. I’m not worried though – I expect that we will find ways to make that money back once our graphic novel is complete and our backers pledges are fulfilled.

Anyone else have any questions or comments on the subject?