The Strange Ecology of Kickstarter 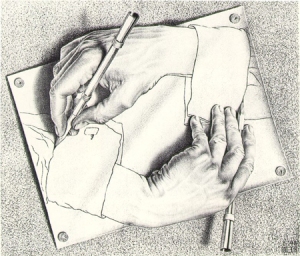 Kickstarter, as a marketplace, is constantly changing and evolving. I really believe that. Sure, you get some memes that seem to stick around forever: custom card decks and retro video game remakes for example, but on the whole, new categories and ideas are coming to the crowd from every direction.

Today I found an example of a project that really shows how dynamic the whole scene is: a project that exists so it’s creator can get enough enough money to pay for a reward tier on another active project.

Elite is a storied franchise, that goes back to nearly the dawn of computing. It and it’s sequels are fondly remembered by many – this is evident in both the amount of money the reboot has gotten on Kickstarter so far, and the comments by lifelong fans. Elite: Dangerous may yet succeed, but that isn’t the point of this article, one of it’s more novel reward tiers is. At the 4,500 pound level, they offer what ca only be described as a rare opportunity: the ability to write one work of fiction in their universe, royalty free; depending on how much you like/love/revere said universe, this is a hell of a deal.

In response, T. James of Sheffield, England has launched a Kickstarter to get enough funding to claim one of the spots on that reward tier. If you back his project (so he can back their project) you get a copy of the book he will write in said universe, and a number of other related perks. Mr James wants you to fund his dream, so he can in turn fund Frontier’s dream. Its a pretty interesting feedback loop if you think about it – a domino effect of funding. I haven’t seen anything like this before on Kickstarter, though if you have – by all means, send me a link.

Sadly, Out of the Darkness has no reward levels that are likely to inspire the creation of other projects so that someone else can afford to purchase them. This is a real shame, as he could have kept the chain going, creating a project within a project within a project. Regardless, this is certainly a first, and we here at Caffeineforge wish him the best of luck in his recursive endeavors.

How about the rest of you – how much would you pay to create a piece of content within a universe you love? How much is an original Batman adventure, daring X-Wing combat, or night at the pub with Elminster worth to the right person, after all?

Update: As of tonight, two new projects have been put up on Kickstarter: Survivor, an “Elite: Dangerous” Gamebook, and Elite Anthology: Tales from the Frontier. Survivor only wants, 3k with the author willing to donate the rest, and is a recursive project, in the sense that if you pledge high enough you can contribute an adventure to the project. The Anthology ups the ante even further though; they want 4.8k, and will let you contribute a story for 50 pounds or contribute the cover art for 150. Its certainly an interesting strategy, though I worry that quality control will be an issue here.

Will this start a new trend?

7 thoughts on “The Strange Ecology of Kickstarter”